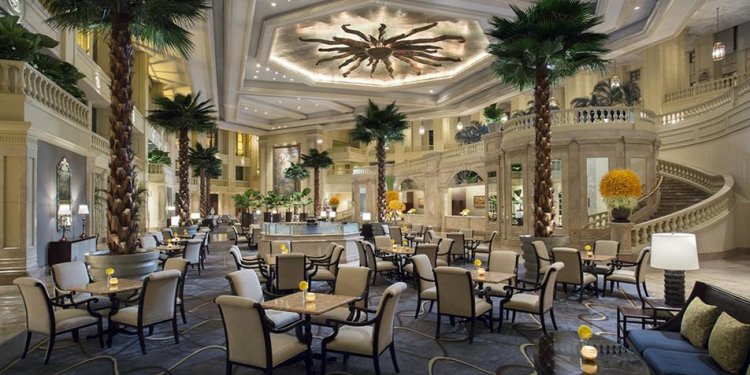 If you believe the rumors, the term "lobbyist" has its roots in President U.S. Grant's interactions with favor-seekers in the lobby of Washington's Willard Hotel. (Photo source: Library of Congress)

Washington, D.C. is a city rich in history with many stories to tell. Inevitably some of those stories take on a life of their own, even if the facts don’t necessarily back them up.

For instance, look at the term “lobbyist.” In common political parlance, a lobbyist is someone who solicits the attention of an elected official or government agency in the hope of receiving preferential treatment in legislation or regulations. Washington is stuffed to the brim with lobbyists, and whatever the popular opinion may be of them or what they do, lobbyists are pretty much inevitable in a country with a democratically elected government.

With so many lobbyists running around the streets of Washington, it’s no wonder that the term originated here.

Just kidding. The popular story is that President Ulysses S. Grant came up with the term lobbyist while frequenting the lobby of the Willard Hotel.

The Willard Hotel began as a series of row houses on Pennsylvania Avenue in 1816, and the hotel was known under several names until 1847 when Henry Willard leased the buildings and combined them into a single structure.

Grant’s appearance at the Willard was not unusual to the hotel staff. Every president before him going back to Franklin Pierce either stayed at or visited the Willard during their term of office. Grant had stayed at the Willard four times while he was commander of the Union Army during the Civil War.

While General Grant may have been able to spend quiet time at the Willard, President Grant was often beset by captains of industry, politicians, and other favor-seekers looking to plead their case.

Naturally the Willard Hotel was fond of the story that the term “lobbyist” was created by U.S. Grant in their lobby, but their publicist was not the only person to perpetuate this myth. Jan Witold Baran of the Washington Post wrote in 2006 that the practice of lobbying increased significantly after the Civil War.

“The practice of employing lobbyists did not gain steam until the Grant administration, ” wrote Baran. “It was then that agents of private interests lingered in the lobby of the Willard Hotel a short walk from the Treasury Department and the White House in the hopes of buttonholing residing government officials and members of Congress to seek redress of some grievance. Hence the term ‘lobbyist.’"

The American Society of News Editors and the political paper The Hill among numerous other media outlets also repeated this story as true. Grant may have been besieged by favor seekers during his visits to the Willard, and he may have referred to them as lobbyists, but he did not invent the term.