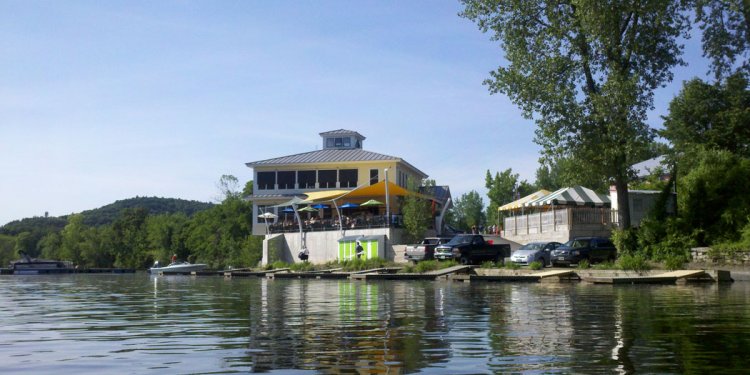 OUTSTANDING FEATURES OF THE WANTASTIQUET SEGMENT

Water Quality: Water quality, which has improved greatly over the last few decades, is an important economic as well as aesthetic and ecological resource for the Wantastiquet Region. Outstanding river uses and values which depend upon existing water quality include swimming, canoeing, kayaking, boating, wildlife habitat, and migratory corridors, productive fisheries, and an aesthetic contribution to tourism and residential use.

Fisheries: The entire Wantastiquet segment has become a primarily warmwater fishery since the impoundment created by Vernon Dam diversified the types of habitat available for fish. Walleye is a favorite sport fish, and the Connecticut River population, one of the few in this part of New England, is an important draw for tourists/fishermen. Several tributaries provide nursery and rearing habitat as well as potential spawning habitat for Atlantic salmon and spawning areas for blueback herring. The American shad population has developed dramatically in recent years, with thousands passing through the fishladder at Vernon Dam.

Habitat: A rich variety of habitat types is concentrated adjacent to the river. The river functions as a corridor for neo-tropical migrant birds and other species which take advantage of the slightly milder conditions here before passing into uplands as spring proceeds. The mainstem near the Vernon Dam may be the only significant waterfowl wintering site on the northern half of the river. Retreat Meadows, at the mouth of the West River in Brattleboro, is a particularly significant wetland and stopover habitat. Osprey and eagle use is increasing, particularly in open water below the dam in the winter.

Surrounding Wantastiquet Mountain are 6, 600 acres of forested habitat with rock outcrops and talus slopes. The Fall Mountain area includes extensive deer yards, marshes, and nesting habitat for turkey vultures. There is at least one deer yard in each town within close proximity to the river. Very well drained soils on raised railroad beds offer one of the last refuges for the rare New England Cottontail Rabbit along the Connecticut River in New Hampshire. Wild turkeys concentrate at riverfront farms, which also host migrating geese.

Recreation: Many recreational opportunities are available on the Connecticut River in the Wantastiquet Region, including swimming, scuba diving, boating, and waterskiing. There are 13 boat launches in this segment, and navigability of the river by a variety of boats is a valued aspect of recreation here. The Belle of Brattleboro operates scenic cruises, and the marina in Brattleboro occasionally hosts an unofficial steamboat regatta. Jetskis are commonly used from Chesterfield south to the Vernon Dam. Bird watching, hiking, cross country skiing, bicycling, horseback riding, and snowmobiling, along the riverbank and on former railroad beds, are popular forms of recreation, as is hiking along the Wantastiquet trail by the river and up Wantastiquet Mountain. Picnicking is enjoyed on the islands and at access points. The fish ladder at the Vernon Dam is also an attraction.

Agriculture: Connecticut River Valley flood plain soils of the Wantastiquet Region are among the most productive soils in either state. The average sales of agricultural products per acre on these soils is substantially higher than elsewhere in the New Hampshire and Vermont valley. Deep, nutrient- laden sandy loam is widespread on the river valley floor, and the stony loams of the valley walls have excellent forest-sustaining properties. Close to the river, the frost-free growing season is considerably longer than on adjacent uplands anywhere else in either state, greatly multiplying the agricultural value of riverfront lands, which are also less susceptible to drought. During most of the...