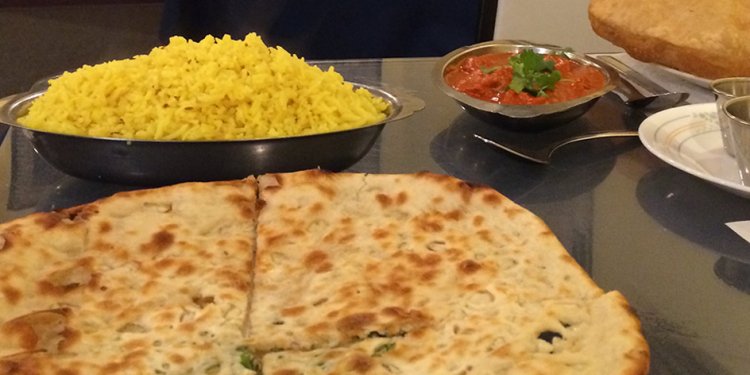 Once a month throughout the winter, Helm Nottermann, aka the "Frozen Butcher, " transports meat from his Snug Valley Farm in East Hardwick to a dive bar in Essex Junction. Customers drop by between 6 and 7 p.m. to pick up orders: bacon, pork loin, ground beef, and other pork and beef products.

Last Friday, I joined Nottermann, 76, on a delivery. It was still sunny when I pulled into his unpaved driveway off Pumpkin Lane a little after 4 p.m. He gave me a tour of his farm, starting in the room where he assembles orders, putting them in paper bags labeled in green Sharpie with recipients' names.

After a stop at Nottermann's massive walk-in freezer, we headed toward a pigpen. He pointed to a field and told me that, during warmer months, the swine spend their time roaming and romping in the grass. As we approached, the animals tried to squish behind a single hay bale at the back of the pen. If they were trying to hide, it didn't really work; there were 25 or 30 pigs and a single, four-pig-wide bale of hay.

Once they were satisfied with their positions, they turned and stared at us. Nottermann tried to coax them out, reassuring them that the strange reporter was harmless. A single pig ventured forward, but we didn't have time to make friends, as Nottermann and I had to leave for town. Probably good, because I like bacon.

We made our way to the second swine enclosure, passing his steer. He has 60 — two groups of 30 that were born in 2014 and 2015, respectively. Nottermann and his wife, Nancy, will get another batch this spring, as they do each year. They prefer to raise steer, while their son, Ben, 33, prefers to raise pigs. If you've eaten pork at Prohibition Pig, you've eaten an animal that Ben raised. He sells an entire hog to the Waterbury eatery each week.

The Nottermanns also supply Michael's on the Hill in Waterbury Center and the Lazy Farmer, a popular food truck whose owner is opening a restaurant in Essex Junction later this month.

We returned to the main house, where Nottermann grabbed his paperwork and Nancy accompanied us to the door. Usually he'd take his truck, but it was in the shop, so we piled into Nancy's Honda CR-V.

As we drove the winding roads toward Essex Junction, Nottermann told me about his life. He was born in Germany and spent several years in New York City as an editor at a small, now-defunct publishing company before becoming a farmer. Over and over, he told me he was a lucky man.

He first got into farming when an old friend wanted to retire. The friend's children didn't want to take over the Bradford farm, so Nottermann did. Not only did he get a deal when he purchased it, he was able to learn from the farmer. "It was a fabulous way to start out, " Nottermann said.

When the couple made the decision to buy a bigger farm, luck found them again. At first he and Nancy couldn't find a property in their price range, and they briefly gave up. Then, a year later, another couple approached him. They, too, were retiring and had children uninterested in farming. It was also quite a deal, Nottermann recounted. So, in 1979, he moved his family to East Hardwick.

Nottermann told me he enjoys the 75-minute drive to Essex Junction because it gives him time to think. The night I went with him, he had only five orders. Why would Nottermann drive that far to deliver so little? Surely it's not financially worthwhile. But to him it is.

"I don't measure sales, I measure staying in touch and relationships, " Nottermann explained. Even if only five people show up on a given delivery day, 500 are on his email list. Maybe someone will see his email and think, I'm throwing a graduation party for my daughter; maybe I should call Helm, he said. He's interested in the long term, and that means not necessarily making a profit every day.

He's not the only one who makes deliveries. Ben and Nancy do as well, visiting Burlington and Shelburne every other week. Before email existed, Nottermann would send out snail mail once a month. A few holdouts still receive hand-addressed mail, he said, but most have switched to electronic communication.

We pulled up to our destination, Murray's Tavern, at 5:50 p.m. During summer, the Five Corners Farmers Market fills a block next to the tavern. Nottermann has a stand at the market, and we parked on Lincoln Avenue almost exactly where he sets up. This is why, of all the places in the town, Nottermann chose a bar for his winter deliveries.

When we stepped inside, a customer was already waiting. Nottermann greeted her and then disappeared for a few minutes, returning with a grin and a pint of beer. He took a seat in one of the padded green chairs across from the woman.

About 20 people sat or stood around the bar. Some chatted, while others tried to get the attention of the single bartender, who seemed to know many of the customers by name. Signs covered the walls, including a Busch ad and street signs warning "Private road, " and "Danger."

Some of Nottermann's customers joined our table. Jean Palmer asked if he'd forgotten her bacon. As he darted outside to check in the car, another woman at the table offered, "We can front you some bacon." A conversation about bacon ensued, and someone asked if I've tried Helm's. "It's the best bacon I've ever had, " she said. Another customer concurred: "The bacon is sooooo good."

Nottermann returned, victorious, and raised a pack of bacon in each hand. Everyone at the table clapped.

Nottermann resumed his seat at the table as talk about his offerings continued. One lady convinced another that she had to try the pork loin because it makes the best roasts, especially for parties. The men picked at a bowl of peanuts on the table. Then one of the women started talking about food writer Michael Pollan's documentary series and said she was happy to know where her meat came from. "Helm, do you have Netflix?" she asked. He shook his head. Everyone wondered out loud if the series was available on DVD. Probably not, they concluded.

Two more people stopped in to pick up orders. They signed some paperwork, spoke briefly with Nottermann, then followed him outside to get their meat. By 6:37 p.m., all five orders had been filled. Nottermann lingered a little longer, eating peanuts and answering questions, then bid everyone farewell.

The ride home was a little quieter. It was too dark for me to take notes. Ice was still frozen on the windshield, but inside the car was warm. Nottermann checked to make sure I was comfortable. We talked a little about his younger days and how he misses dance halls. One night, he said, he and his friends had a grand party, from which their wives had to drive them home.

I asked if he'd thought of retiring. "I think I'd be bored to death, " he answered. My mind wandered, and I looked up at the stars. "Yeah, I'm a lucky man, " he mumbled.

Bed and Breakfast Near Burlington VT